Having a wonderful father and an elder brother is basically a huge opportunity for any girl to get pampered and spoilt. If at a later stage in life, she meets an understanding and dependable man who also becomes her life partner, that is all she could have asked for. These three men coincidentally in my life happen to share the same travel and food passion so we never seem to stop fooding around.

Having said that, based on my observations I have formed some strong opinions about how the “meets expectations” grading has been socially associated to the men of modern times.

How a woman contributes to a family especially if she is working, is considered a beyond expectation accomplishment. And of course, why not. She is financially ‘supporting’ the family and also ensuring the household runs without so much chaos.

Well I have always thought that men are usually undervalued when it comes to this.

They seldom get appreciated for working hard to do the best they can for their families because as defined by the stereotypes they are ‘expected’ to run the financial scene. Men hardly are left with the freedom to take a break or take that one risk they have always wanted to take. Because the engine can never shut down. Having accepted that, the least I try to do is remind the special men in my life of how thankful I am that they work and never complain about how tired they are or how their work freaks them out at times.

I think I have been extra lucky with the men around me which makes me think that by default men have this generous and easy nature (except the times it comes to the TV remote in my case). They have these very special ways that go unnoticed.

My father used to tie me my shoelaces until I was in mid school. Not everything in life goes by the make your children independent philosophy. Those two minutes everyday he used to repeat how I should take care of myself, protect myself and that “I am there”. Tying my own shoelaces wouldn’t have made me more independent than those repetitions did.

When I am almost settling down on a short halt flight for home since the direct one is double the fare, my brother would just compel and eventually book the direct flight himself to save me an hour or two. That’s how men in my life are. Their ways of fixing things up are unusual and I feel like having an added responsibility to not miss out on being thankful.

If a woman is sorry, she might have some words of wisdom to share and after some exchange of logic, the conditional apology may be rendered ;-). With men it is a tad bit different. My man would make me a bread roll with hidden cheese inside. How simple that gets you see. 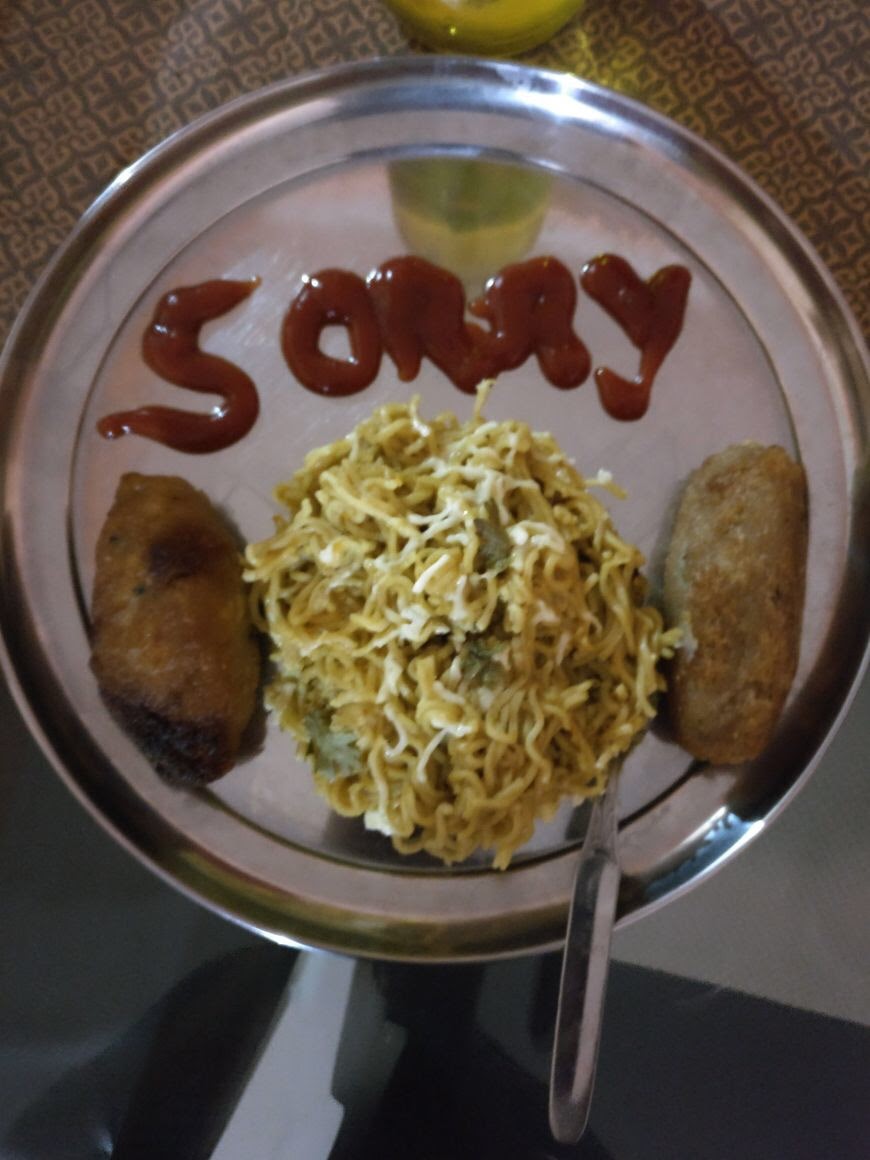 This post is not a rant about how underprivileged men are. It is a very small effort to be thankful for having good men around me who have contributed towards making me who I am just before the international men’s day is over and it gets obliterated from our minds 😉

Cheers to all the men and also the women who keep them perpetually challenged ! 🎊